WHO ARE GEORGE‘S BREWERY

The brewers at George’s have spent years perfecting their recipes. Making tweaks and changes from grain to glass to fine tune them in every way. From choosing the ingredients used to monitoring the water profile and yeast propagation to give you the perfectly refreshing taste.

His father, George Mawson had been a real ale fan for several years and was a tad concerned that his lad appeared to prefer Euro fizz in the style of Holsten Pils than our own home-grown English ale.

As an Abbot Ale fan George tried to get his son to follow in his footsteps and remove the yellow peril. In a bid to introduce a ‘proper man’s beer’ Mark was enticed with Greene King Abbot, however, Mark’s taste buds were somewhat different to that of his cigar smoking father and he couldn’t bear Abbot!

After much wailing and gnashing of the teeth the father and son gang happened upon a welcoming hostelry called The Guildford Tavern in Southend-on-Sea.

This local pub did sell the beloved Abbot of Mark’s father’s eye but also kept an ale known as Adnam’s Best Bitter. It looked brown, it smelled brown, by golly it was brown.

The misguided young Mark appeared to be able to keep this stuff down and indeed ordered several more pints. This was the point at which he couldn’t keep it all down but at least the penchant for yellow bubbles appeared to be in recess.

George had done it. He had converted his boy from a lover of the deviant yellow to a purveyor of the finest brown. Satisfied with a job well done, he promptly died. The love of beer and the path they took together to reach it was the driving force behind the weird ginger kid and his home brewing kit.

Christmas brewing was very prolific as Mark brewed recipe after recipe trying to match the beers that his father and he had tried together in the years they had.

In December 2008 Mark was working as foreman bricklayer on a site in Leytonstone. It was snowing and no one was allowed to work as it was too cold to lay bricks. The mobile phone rang (yes there were mobiles then) – it was an old workmate of Mark’s from their days of working at Matchbox. They’d both been made redundant along with everyone else when Matchbox toys packed up their Rochford factories and sailed off to take the whole thing to China. Mark had gone into bricklaying and his mate Stevie Mann had gone to London to brew for Bruce’s Brewery in one of the “Firkin Alehouses” that Bruce’s became so famous for. The brand name ‘Dogbolter’ is still a favourite with the more mature ale drinkers that can still remember it.

There was an entire brew kit for sale that had come out of The Pheasant and Firkin in London. Its current owner had set the kit up in Ramsgate and had outgrown it so needed a bigger kit. Did Mark want to purchase it? The whole thing, everything needed to set up and start your own brewery…

Mark purchased the brew kit and began the mindbogglingly crazy task of getting permission to brew and getting the kit up and running. This took nearly 2 years so the bricklaying had to continue. In 2011, Eddie Gadd, the previous owner of the kit came up from Ramsgate for the pilot brew and the first beer of George’s Brewery was brewed May 11 2011.
The beer was called Freak Show and was brewed under the Hop Monster Banner, the subsidiary of George’s Brewery. The first cask of that brew went to the Station Arms beer festival in Southminster, Essex.

Much beer has flowed under the bridge and through the vessels at George’s Brewery since then and they now supply around 15 Wetherspoons and over 60 other outlets around Essex and sometimes much further afield.
Years of crafting the beers and perfecting the taste have resulted in the production of 6 core George’s beers plus the house beer ‘Hilda B’ brewed exclusively for the East Anglia Pub company and 4 Hop Monster beers. As the team like to get experimental there are 3-4 specials brewed each year for the George’s and Hop Monster brands.

The award-winning brewery have CAMRA awards for several of their ales and have taken the ‘Beer of the Festival’ accolade on more than one occasion at local festivals.

With an exciting re-brand in 2019 George’s is set to grow and when the time is right, the intention is to move to bigger premises – the tiny cattle barn where George’s was born is getting a little cramped with their ever-expanding range.

You’ll find Mark, still very much hands on, happy to welcome tours of the micro-brewery, serve you in the shop or tell tales of the life of George’s.

George’s brewery was up and running and the team had perfected the taste but wanted to experiment with ingredients and hops to try and produce more funky ales than most drinkers would expect in their glass of traditional beer.

And so, Hop Monster was born.

The whacky idea behind the brand thought up by Mark was ‘Hendrix Hop Monster’, a long-dead ghost of a brewer that had returned from the grave to put vast quantities of hops back into the beer. A distinct contrast to George’s named after Mark’s father born out of the journey they took and the love they shared for real ale.

The first-ever beer brewed at George’s was, in fact, a Hop Monster beer. It was called ‘Freak Show’ as it featured bundles of freakishly new and expensive hops that had been coming into the country from America. The yeast and hops used pushed up the price but the taste was worth it.

Since then they have experimented and brewed with hops from Australia, New Zealand and across Europe to create different taste experiences. 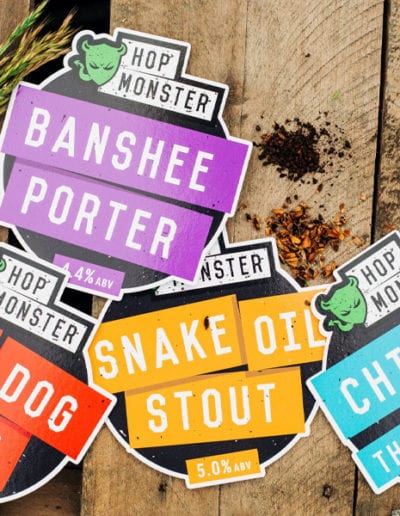 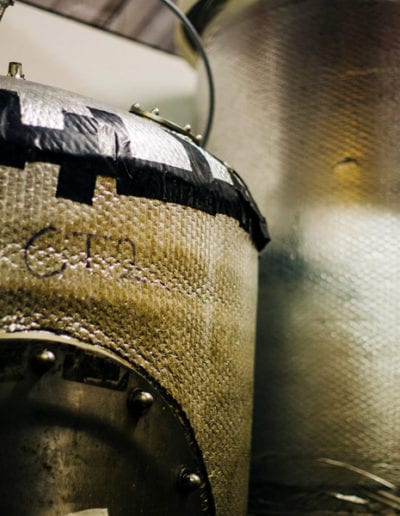 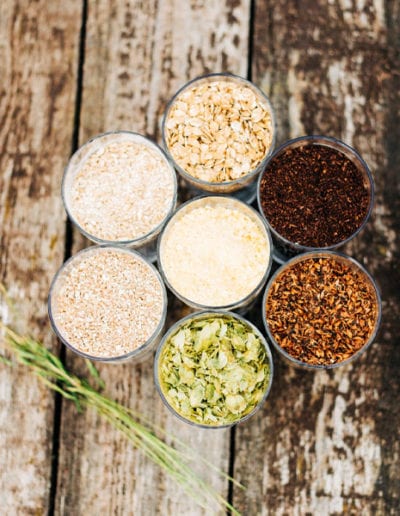 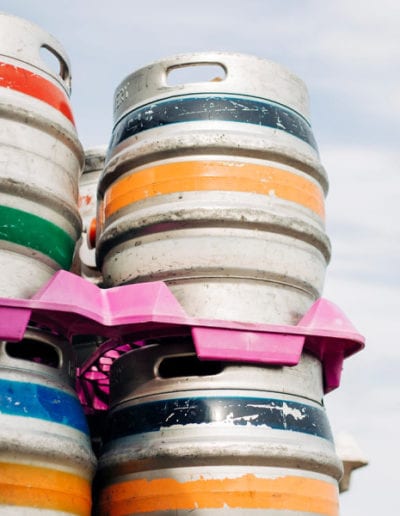 George’s brewery is a small concern made up of 4 people. 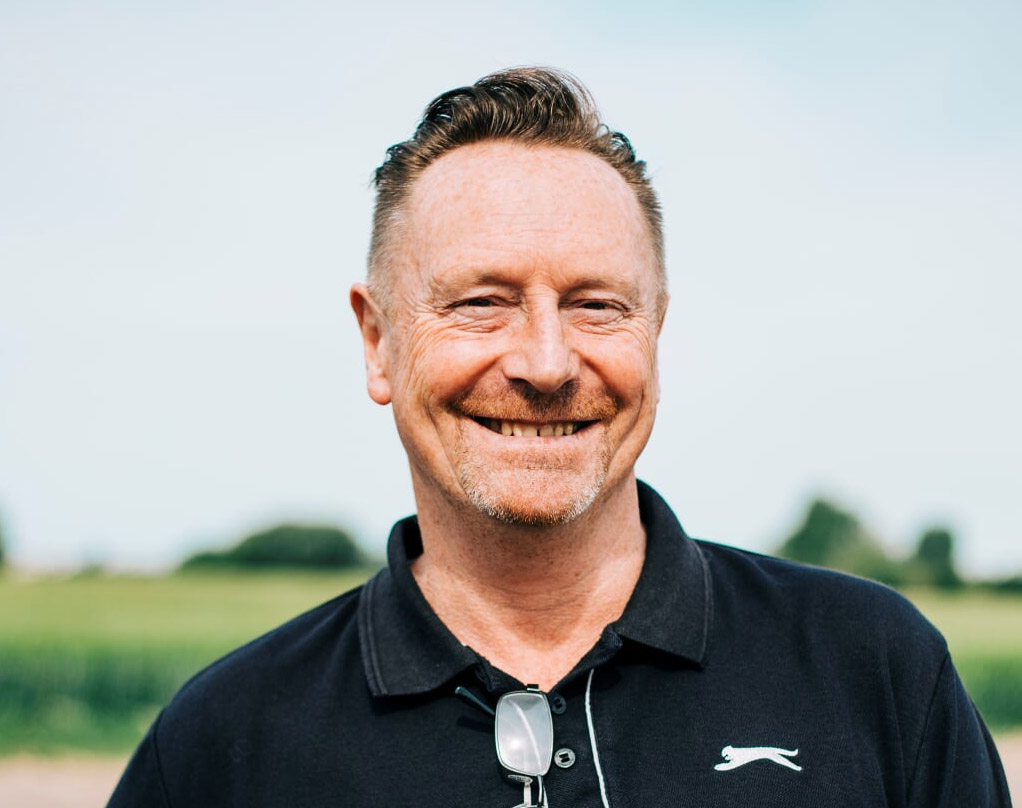 Mark is the owner and Director of George’s Brewery. He set up the brewery in Great Wakering, Essex in 2010 and first brewed in 2011.

Mark is an Essex lad, born in Rochford just 20’ish years ago (or so he would like you to think!). 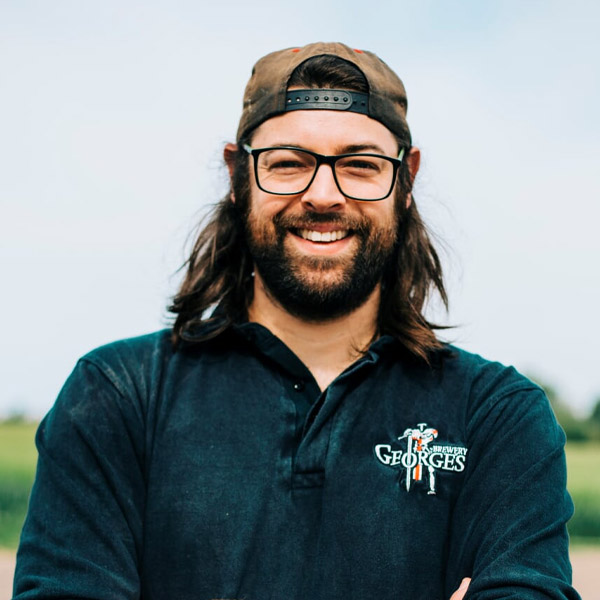 Jamie is the brewer responsible for the brewing of all the core range of beers and the specials. Jamie is a keen home brewer also but learned the professional side of brewing at George’s.

Jamie is also an Essex lad, born in Rochford even fewer years ago. 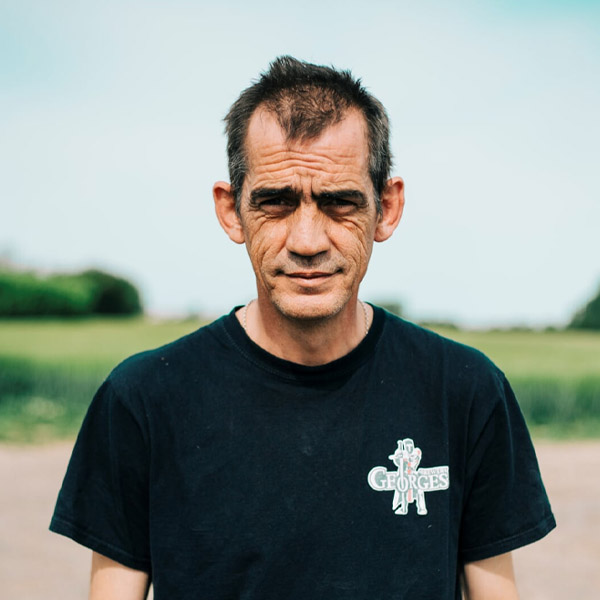 Drew as he is known in the team is the drayman and brewery assistant, responsible for getting that glorious beer to you come hell or high water.

An ex-train driver, Drew is no stranger to all manor of transport.

Drew was born in Glasgow, Scotland. 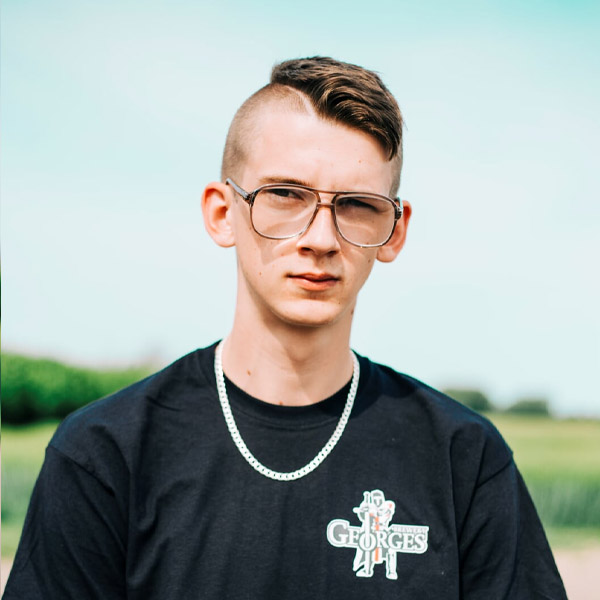 Stewart is new to the team and is Drew’s eldest son. He recently joined the team in a cleaning capacity and is learning the brewery art.

Stewart is an Essex lad and was born in Southend-on-Sea.

We ask no dogs after 18.00 hrs only on Friday & Saturday nights

BREWER FOR A DAY EXPERIENCE